We are writing to inform you of additional developments related to the Economic Injury Disaster Loan (EIDL) program. Applications for the low-interest disaster loan program in the wake of the coronavirus crisis have far exceeded the funds available for the program, resulting in the apparent rationing of cash to applicants, according to reports by several media outlets.

The disaster loans are administered by the U.S. Small Business Administration and represent an expansion of a program that has traditionally assisted businesses after natural disasters like hurricanes and floods. In response to the COVID-19 outbreak and resulting economic crisis, the SBA began to offer disaster loans of up to $2 million to small businesses, with up to $10,000 of that amount promised as a grant that would be issued within three days of applying and would not require repayment.

The response to the program has been overwhelming. SBA officials said Thursday that the program has received nearly 4 million applications seeking $383 billion, but that Congress has provided only $17 billion in funding for the loans, according to reports by The Wall Street Journal and CNBC.

As a result, it appears that the initial loan disbursements will be for just a fraction of the amount many businesses are seeking. The New York Times reported Thursday that initial payments of EIDL loans are being limited to $15,000. That amount is in addition to the grant of up to $10,000. Those grants are taking longer than the promised three days, and it now appears that they will be considerably smaller than $10,000 for many small businesses.

The SBA’s Massachusetts District Office confirmed in a bulletin this week that the SBA has implemented a $1,000 cap per employee on the advance, up to a maximum of $10,000. That bulletin has since been taken down, according to CNBC.

A second federal loan program, the $349 billion Paycheck Protection Program, began accepting applications a week ago and expanded today to include independent contractors and the self-employed. The SBA said more than 550,000 loans worth $141 billion had been approved as of Thursday, according to The Wall Street Journal, which noted that “Banks said only small portions of approved loans have been disbursed to businesses.” Legislation has been introduced to increase funding for the program, but an agreement has not yet been reached.
RBT will provide additional updates regarding these vital loan programs as information becomes available. If you have any questions, please contact us.

You can download the PDF for this page below.

Answers to questions you may have about Economic Impact Payments 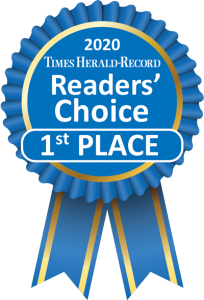