As New York local governments cast about for strategies to manage funds and generate revenue to weather the economic hardships of the COVID-19 pandemic, some could benefit from a little-known provision of New York law that allows municipalities to borrow from one another.

Because municipalities in different parts of the state or the region may be experiencing widely varied effects of the virus and shutdown, this somewhat esoteric strategy presents another option in the face of state holdbacks of aid to cities, towns, villages and school districts. When properly executed, the lender and the borrower may get better-than-market-rate returns and terms.

Because local government must keep taxpayer funds safe and liquid so they may be used for public benefit, municipalities are limited in the types of investments they may make. These include time or deposit accounts in banks or trust companies located in New York and authorized to do business in the state; certificate of deposit accounts issued by those banks; and obligations such as bonds, notes or other forms of indebtedness issued by certain entities, according to the Office of the State Comptroller. Obligations of U.S. and New York State governments, and “in certain cases, New York State local governments are permissible investments,” according to the OSC’s Local Government Management Guide for Investing and Protecting Public Funds.

According to New York’s Local Finance Law, “Bond anticipation notes may be issued by any municipality, school district or district corporation in anticipation of the sale of bonds. Such notes may be issued whenever bonds have been authorized and the proceeds of such notes shall be expended only for the same object or purpose, or class thereof for which the proceeds of such bonds may be expended.”

The strategy involves short-term debt obligations, most commonly bond anticipation notes. Bond anticipation notes are often used as temporary funding to initiate large capital projects. Once those projects have begun, the municipality will typically issue serial bonds to fund the project over a period of 20 to 30 years. Bond anticipation note terms can be extended beyond one year within the restrictions of Local Finance Law and are generally limited to a maximum of five years.

How does a municipality go about starting the process?

One way would be to solicit a request for proposal (“RFP”). For example, if a town in Orange County finds itself with excess cash, it could circulate an RFP to other municipalities that are looking to borrow, letting them know the original town will offer terms better than market rate for the investment. Generally, this would be done through bond anticipation notes, with one-year maturity and a fixed rate.

The borrowing municipality would get the better rate as well as fewer fees, while the lender also gets a better rate of return than it might have gotten in the marketplace.

Of course, it behooves the borrowing municipality to make sure it is comfortable with the lending government, and the transactions must be approved by the respective boards. The lending municipality must also determine that it has plenty of excess cash available during the entire loan period, and therefore plenty of money to lend.

This little-known practice of municipalities borrowing from other municipalities can provide solutions and benefits for both sides of the equation while allowing local governments to exercise prudent and responsible stewardship of taxpayer funds.

All NY Employers Must Give Sick Leave To Workers: Here’s what to Know 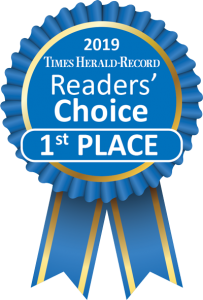